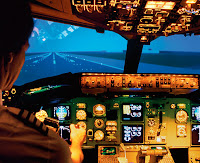 Doctors are professionals.  But are doctors cowboys or pit crews?  Recently, physician writer, Dr. Atul Gawande, spoke about the challenges for the next generation of doctors in his commencement speech titled, Cowboys and Pit Crews, at Harvard Medical School.  Gawande notes that advancement of knowledge in American medicine has resulted in an amazing ability to provide care that was impossible a century ago.  Yet, something else also occurred in the process.

“[Medicine’s complexity] has exceeded our individual capabilities as doctors…
The core structure of medicine—how health care is organized and practiced—emerged in an era when doctors could hold all the key information patients needed in their heads and manage everything required themselves. One needed only an ethic of hard work, a prescription pad, a secretary, and a hospital willing to serve as one’s workshop, loaning a bed and nurses for a patient’s convalescence, maybe an operating room with a few basic tools. We were craftsmen. We could set the fracture, spin the blood, plate the cultures, administer the antiserum. The nature of the knowledge lent itself to prizing autonomy, independence, and self-sufficiency among our highest values, and to designing medicine accordingly. But you can’t hold all the information in your head any longer, and you can’t master all the skills. No one person can work up a patient’s back pain, run the immunoassay, do the physical therapy, protocol the MRI, and direct the treatment of the unexpected cancer found growing in the spine. I don’t even know what it means to “protocol” the MRI.”

Despite all of the advancements in medicine, the outcomes and consistency in treatment and care are not as good as they could be.  Doctors are not doing basic things.  The fact that Gawande, author of The Checklist Manifesto, spoke at one of the finest medical schools in the country indicates how much more the profession needs to go.

“We don’t have to look far for evidence. Two million patients pick up infections in American hospitals, most because someone didn’t follow basic antiseptic precautions. Forty per cent of coronary-disease patients and sixty per cent of asthma patients receive incomplete or inappropriate care. And half of major surgical complications are avoidable with existing knowledge. It’s like no one’s in charge—because no one is. The public’s experience is that we have amazing clinicians and technologies but little consistent sense that they come together to provide an actual system of care, from start to finish, for people. We train, hire, and pay doctors to be cowboys. But it’s pit crews people need.”

So what is the issue?

Doctors usually bristle when facts of failure are mentioned.  When solutions are offered, a variety of reasons of why they won’t work often occur.  Doctors deal with patients and illness.  Medicine is different from other industries like aviation or auto manufacturing in their experience with providing a highly consistent and reliable service or product.  In many ways, this is true.  Patients are unique in their genetic makeups, personalities, backgrounds, and experiences.  Yet, the understanding of many illnesses has evolved to the point that doctors understand how to prevent, screen for, and treat these maladies which often afflict patients in similar ways.  When understood at this level of detail, this knowledge can be codified into protocols and workflows.  As research studies demonstrate what works and what does not, these can be refined further.  Analysis of medical errors borrow the same processes and tools from other organizations dealing with complex systems to determine underlying problems and more importantly solutions to avoid similar outcomes in the future.

The creation of standardized workflows, checklists, and protocols causes doctors to bristle even more.  As Gawande notes, the training of doctors today is essentially unchanged from generations ago which valued physician autonomy.  When asked to follow protocols, doctors often feel this freedom to practice medicine is threatened.  A natural tension exists between physician autonomy and adherence to protocols.  Many will argue that the two are mutually exclusive.  Both, in fact, can co-exist only if we look at the problem through a different lens.  It is about the difference between what Professor Clay Christensen, Harvard Business School professor, and author of the Innovator’s Prescription, calls intuitive medicine and precision medicine.

What Professor Christensen refers to as intuitive medicine is essentially how the public and doctors view themselves.  As a result of the medical training, history, and tradition, doctors are thinkers.  Patients present themselves with a set of symptoms or signs that they want doctors to solve.  Because the body only has a certain limited number of ways to manifest an illness (note that for a dermatologic disorder, the skin turns red and can blister due to a burn, drug rash, autoimmune disorder, or contact dermatitis), clinching the right diagnosis required doctors to ask questions, think, use pattern recognition, and experimentation.  Until the relatively rapid learnings over the past century, doctors did not understand the specific mechanisms, pathophysiology of diseases, or the appropriate treatments.

An example of intuitive medicine was an illness that humbled American medicine just three decades ago.  It afflicted mainly young gay men.  Aside from the observations of a low T cell count and unusual opportunistic diseases affecting these patients, doctors were at a loss of what to do.  How did the illness occur?  How was it transmitted?  How as it treated?  The fear among the public was palpable.  During that time, doctors tried a variety of treatments that invariably failed though through some experimentation and observation, some patterns began to emerge.  The reasons for a few successes became better understood when HIV was discovered and doctors had a better understanding of AIDS.  As a result, the course of illness and then the development of therapies, treatment, and prevention programs occurred which now allow individuals with HIV to live productive lives.

When scientific understanding of maladies becomes so clear that prevention, screening, and specific therapeutic options can be written down into steps, protocols, and workflows, Professor Christensen refers to this type of medicine as precision medicine.  Many medical problems, like diabetes, are in this category.

Yet, there are some areas in diabetes research which continue to evolve.  Intensive blood sugar and blood pressure control in patients with insulin dependent diabetes was found to decrease the risk of complications and death.  It was assumed and extrapolated that similar treatment would also benefit those with non-insulin dependent diabetes.  Recently studies have shown that older patients did not benefit and perhaps were harmed with this level of treatment.  As a result, the guidelines have changed.

Although the protocols and guidelines are good, they are not perfect.  They are only as good as the research available at that time.  They continue to be refined.  They are not static.  It is this element that opponents of using precision medicine shout out words like “cookbook medicine” which have significant negative connotation.  This simply denigrates the hard work and research that has allowed an illness to move from the realm of intuitive medicine to precision medicine.  The fact that these protocols are not perfect, should not be a reason not to use them.

At the heart of being a professional and consummate physician is the knowledge and wisdom to understand when a patient’s illness or treatment of a condition fits a known workflow or protocol and when it does not.  The very best physicians follow procedures meticiously and thoughtfully whether placing a central line using the five critical steps as outlined by McArthur grant recipient and John Hopkins critical care specialist, Dr. Peter Pronovost, to eliminate risk of infection or taking seriously a surgical timeout to avoid wrong site surgeries.

Too often doctors will argue that blindly following protocols infringes on their autonomy.  That is true.  Blind adherence is a problem.  However, passively going through the motions is equally as disasterous.   Life saving treatment isn’t rendered.  Screening tests not offered.   Preventable medical errors still occur.  In November 2010, only six months before Gawande’s commencement speech, a wrong site surgery case was prominently profiled in the New England Journal of Medicine.  It occurred at one of the nation’s most prestigious hospitals, Massachusetts General Hospital.

In the end, it is the mindset of physicians which matter.  We aren’t cowboys.  We aren’t pit crews.  If analogies must be made, then we are like the pilots in flight crews who are professionals and despite the complexity of their roles provide ultrasafe travel.  Doctors are professionals.  It is what the public expects.  Using protocols, checklists, and standardized workflows are just as important as refining them to be even better.  Knowing when not to apply them, is just as vital as ensuring that those situations where they do apply that they are done – every patient every time.

Our patients deserve better.  We can and must do better.

This site uses Akismet to reduce spam. Learn how your comment data is processed.

Get important exclusive advice and tips on how to save money while staying healthy.
Get Your Copy

Learn how to make intelligent choices in America's Healthcare System.
Get Your Copy

Thank you for subscribing!